Bosnia and Herzegovina drafted the new Action Plan for Social Inclusion of Roma, but the document still awaits adoption. This, but also other burning issues for Roma in Bosnia and Herzegovina were our topics with Mr. Orhan Usein, Head of Office of the Regional Cooperation Council’s Roma Integration Project.

In October 2020, European Commission launched the new EU Roma Strategic Framework for equality, inclusion, and participation with many improvements and special emphasis on antigypsyism. What are the objectives of the new Action Plan that Bosnia and Herzegovina drafted, and are they aligned with the new EU document?

-The new Acton Plan is very much aligned with the new EU Roma Framework, and Bosnia and Herzegovina did a very good job there. It is focused on improving the access of Roma men and women to education, employment, health care, and social housing, and on combating discrimination – all points from the mentioned Poznan Declaration. All planned activities are long-term strategic measures.

When it comes to education, the Action Plan is more detailed in comparison to the previous one, and it gives a better framework and directions toward battling school segregation and early drop-off. However, the collected indicators show that the enrolment of Roma children in pre-school institutions is still very low at only 4%, as well as the rate of enrolment in primary and secondary schools, which is only 35%. Even at the European Union and the regional level, these data are concerning, with less than 50% of Roma finishing compulsory education. When compared to non-Roma, where this percentage in the region goes to 95, we can see big differences between the mainstream population and Roma, from the earliest starting point in life – education.

The Action Plan also draws attention to the problem of poverty and the health status of Roma, as medical coverage continues to be limited. This becomes especially problematic during pandemic times when we are all in a high risk of getting the disease. We conducted research on the impact of Covid-19 on the socio-economic status of Roma. The research showed that 69% of Roma in Bosnia and Herzegovina considered face masks hard or not accessible at all, while 49 percent said so about hand sanitizers. These results show just how much need there really is to improve the situation of Roma, who are trying against all odds not only to survive but also to stay safe doing what needs to be done every day in the pandemic times.

I do hope that the Council of Ministers will adopt the Action Plan in order to ensure that the envisaged measures are appropriately budgeted and implemented.

Unemployment and lack of decent living conditions are still major issues for Roma.

-Yes, Roma face several other challenges that are addressed by the Action Plan. One of them is unemployment, which did not improve much in the last few years. Youth unemployment is particularly worrying, since it has ruinous consequences for their future prospects as well as those of other generations to come. Working in the informal economy is still a major issue. According to estimates, the formal employment rate for Roma in Bosnia and Herzegovina stands at only between 11 and 13 percent. Another estimate states that 63% of all Roma workers are not registered and are working undeclared, which means that they cannot claim any rights coming out from the labor laws. Unfortunately, here too we lack clear statistical data and are actively working with governments to establish measuring.

Another priority addressed by the Action Plan relates to inadequate and segregated housing – where there is still much more work left ahead before we can call ourselves done. However, our recent experience in Serbia could be easily replicated in Roma neighborhoods throughout the region. In close cooperation with the local authorities, we managed to provide assistance for the legalization of 50 Roma households. Therefore, we are looking forward to expanding this activity to Bosnia and Herzegovina too.

Where do you see challenges in the implementation of an actual Strategy and Action Plan that are supposed to improve the situation of Roma in Bosnia and Herzegovina?

-The data on the status of Roma in Bosnia and Herzegovina is often ambiguous. This needs to be addressed through better coordination between government departments, cantons, ministries, and municipalities which should align the actual data. Often, the data held by the cantons and ministries do not agree with the data held by municipalities. Improvement in this area should be a priority in solving the problems and status of Roma in Bosnia and Herzegovina as accurate data is a starting point of implementation of other important activities.

Antigypsyism is put very high on the agenda of the European Union and is recognized as a root cause of all problems Roma face. Is antigypsyism part of the Action Plan and what are the ways to fight it?

-Antigypsyism is a specific form of racism, which is driven by prejudices and stereotypes about Roma who are, unfortunately, still victims of various forms of discrimination, including segregation in schools, hate speech, workplace discrimination, and even hate crimes.

One of the goals of the Action Plan is the reduction of discrimination of Roma and the elimination of antigypsyism, but its implementation needs more long-term strategic measures. Antigypsyism, hate crimes and trafficking, in particular in women and children, continue to be a matter of high concern. The Roma people have been facing discrimination and oppression for centuries. The situation is not getting much better, with very few court proceedings in Bosnia and Herzegovina, region, and in Europe. This happens both because of the insufficient knowledge about anti-discrimination legislation and because of a lack of available legal protection mechanisms and problems that exist in access to rights and free legal aid.

Discrimination of Roma amongst general population is still very high.

-The lack of acceptance of Roma people by the general population is shown in many ways, and problems and needs of Roma communities are often not recognized or ignored. One of the examples is the different treatment of victims of trafficking, especially women and children. Then, there are issues of identification documents and entry of Roma children into registries, difficult access to health care, and others, as shown by the OSCE and Civil Rights Defender researches. RCC’s Balkan Barometer survey also showed the extent of antigypsyism in the region, where 63% of respondents said they would not be friends with Roma or send their children to school with Roma. Only 25% would rent an apartment to Roma. These are devastating data, which are not improving, unfortunately. This survey is done year to year, and every time we have very similar or even more devastating data. Clearly, we still have much work to do in the field of non-discrimination and combating antigypsyism. We are all the same underneath our skin and I believe that accepting this in the world that divides us by so many things is one of the highest levels of consciousness one can achieve.

What is the current focus of Bosnia and Herzegovina when it comes to project implementation?

-We have very good cooperation with the Council of Ministers, and especially the Ministry of Human Rights and Refugees. Last year in Sarajevo, Bosnia, and Herzegovina hosted a high-level Ministerial Meeting on Roma Integration. The meeting brought together a number of high-level officials, representatives of the European Union, ministers responsible for Roma integration from the Western Balkans region, representatives of the Regional Cooperation Council, officials from the Western Balkans Prime Minister's Offices, national Roma contact points, and civil society representatives who discussed primarily the topics of housing, civil registration, and data collection and monitoring process. Particular focus was given to the topics of Green Agenda and Digital Agenda for the Western Balkans, and how to ensure that Roma citizens also benefit from measures and actions planned within these agendas.

We will further support Bosnia and Herzegovina in the process of Roma integration. This primarily refers to developing a monitoring plan for the new Action Plan and the process of monitoring, analysis and data collection in cooperation with the Ministry of Human Rights and Refugees and the Agency for Statistics.

We are working will full speed to complete the mapping process of informal Roma settlements to have systematic information on the Roma dwellings in need of legalization. Once we have all the needed information, the Ministry of Human Rights and Refugees should aim to improve and provide adequate housing conditions, including social housing, infrastructure, and renovation through available and possible central and EU funding. Roma Integration is our joint responsibility and we all need to work harder to improve the situation of Roma in Bosnia and Herzegovina and in the region.

The Roma Integration Project has been launched by the Regional Cooperation Council and is financed by the European Union and the Open Society Foundations. One of its biggest achievements was the Poznan Declaration which was adopted also by Bosnia and Herzegovina. The Declaration sets minimum goals in the most significant areas that this, and other economies in the region need to fulfill regarding Roma Integration before they access the European Union. 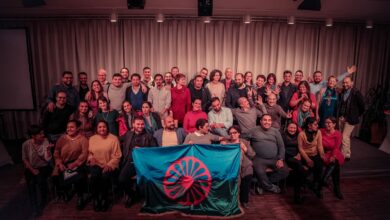 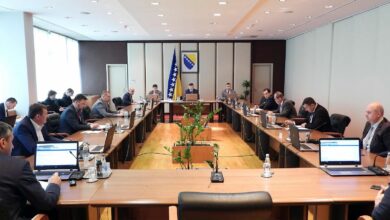 The Council of Ministers appoints members of Roma Committee